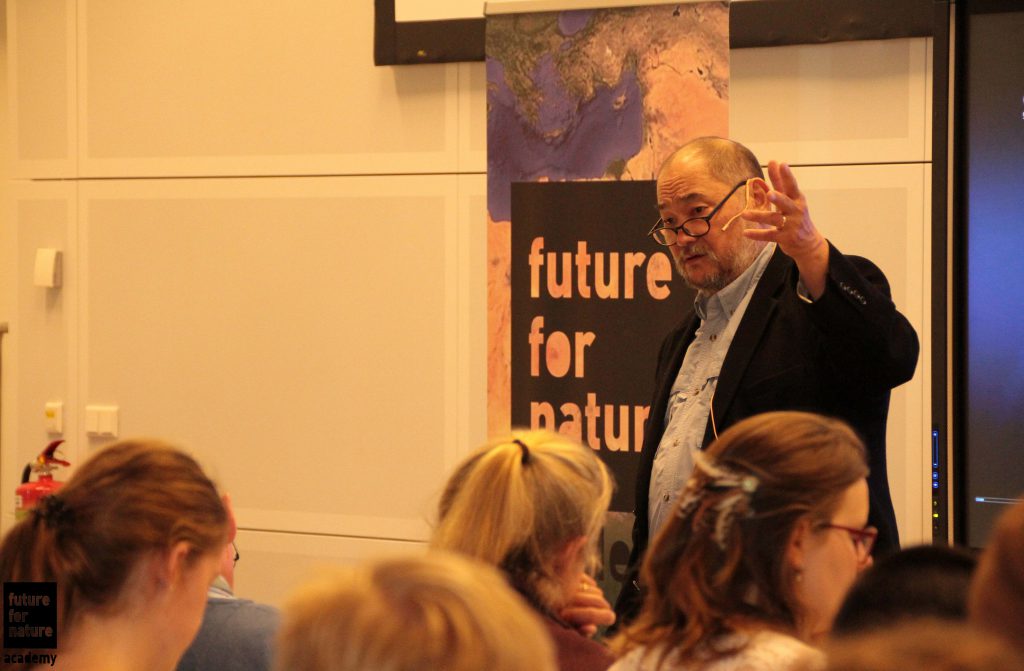 Would it be possible to create a viable currency based on ecosystem function that would remove the current incentive to degrade natural systems and replace it with an incentive to conserve all remaining functional systems and regenerate all degraded landscapes? This was the main topic of the workshop given by John D. Liu.

The workshop was attended by 20 people with different backgrounds ranging from students studying Forest and Nature Conservation, to employees of the World Soil Museum to an entrepreneur. A very diverse audience! The workshop was in the form of a discussion where the attendees discussed how we seem to value things we make, higher than natural ecosystem functions. Resulting in biodiversity loss, deforestation, desertification and other visible effects on nature. To combat these problems the possibility of creating a viable currency based on ecosystem function was evaluated. How can nature be turned into something that will be perceived as valuable and investable?

During the lecture that followed, attended by over a 100 people, John D. Liu shared his background and his journey to how he has come to his role as large-scale ecosystem restoration advisor today. He shared his global observations of desertification and how he learned more about the rehabilitation of landscapes. He rounded off with a positive note, highlighting the establishment of Ecosystem Restauration Camps.

John D. Liu is Chinese American film-maker and ecologist who for many years has been observing, documenting and communicating about large-scale ecosystem restoration. Some of you may know him from the documentary ‘Green Gold’ shown on the VPRO programme Tegenlicht. His documentaries and speeches contribute significantly to the global awareness among world leaders. For 3 years Liu was a senior research fellow at the International Union for Conservation of Nature (IUCN).

Currently John D. Liu is the Ecosystem ambassador for the Commonland Foundation. In 2015 he was also named Visiting Fellow at the Netherlands Institute of Ecology (NIOO). John’s published papers and films are collected at the following URL: https://knaw.academia.edu/JohnDLiu.