An interactive documentary evening featuring the “underhogs” and “chimpions” in animal research and nature conservation. 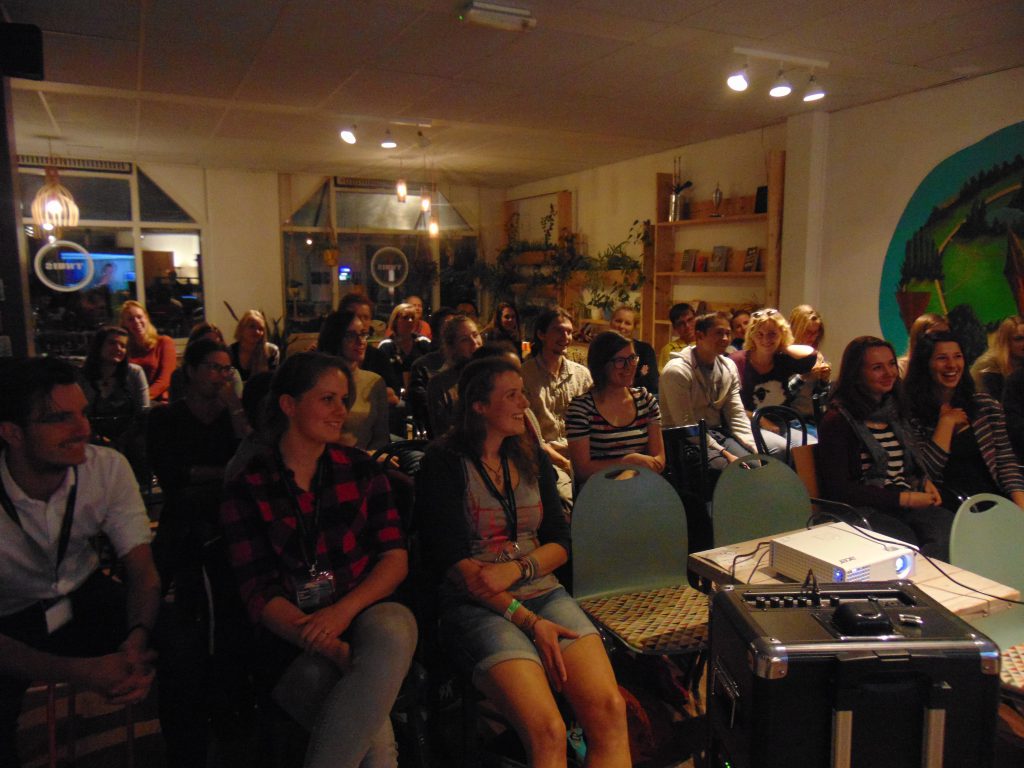 On the 19th of September 2017, an interactive documentary evening was organized at the lovely location ‘THUIS’ in Wageningen with around 40-50 attendees. The evening was all about chimpanzees, who are often called “chimpions” in animal research and nature conservation, as they are a frequently studied primate species. On the other hand, the evening focused on the “underhogs” too, referring to the smallest pig species in the world called the ‘pygmy hog’. Both chimpanzees and pygmy hogs are endangered in the wild and need human intervention to thrive and survive.

After a brief introduction by Manon de Visser about the Durrell Conservation Trust, we were lucky to have dr. Ole Madsen from the Animal Breeding and Genomics Centre in Wageningen as a speaker during the first half of the evening. He told the attendees all they needed to know about genomic research performed on Pygmy Hog DNA. This talk was followed by the documentary called “Durrell’s Underhogs” (2017). The movie explained the difficulties in managing a breeding and reintroduction program for a species that is so critically endangered. After the movie ended, the filmmaker Daniel Craven joined us through Skype to answer our burning questions and the eventual conversation was lovely and very inspiring.

After a break with drinks and snacks, the second half of the evening focused on zoo-housed chimpanzees. Manon de Visser told the audience about the Jane Goodall Institute Global and how this organization is working not only for the welfare and conservation of wild chimpanzees, but also captive chimpanzees. Afterwards, the movie “A Week To Change” (2017) by Hilda Tresz was shown. Also Hilda was able to join us over Skype for an interesting, passionate discussion.

In the end, the evening was truly unique and inspiring. Especially the chance to meet the filmmakers made many people interested and enthusiastic. Not only students joined, but also professors, animal caretakers from Dutch zoos, and people working for various NGO’s. It would be great if we, as Future For Nature Academy, will have a chance to re-do this activity at another location in the country so we can inspire and educate even more people about the conservation needs of these amazing animals.