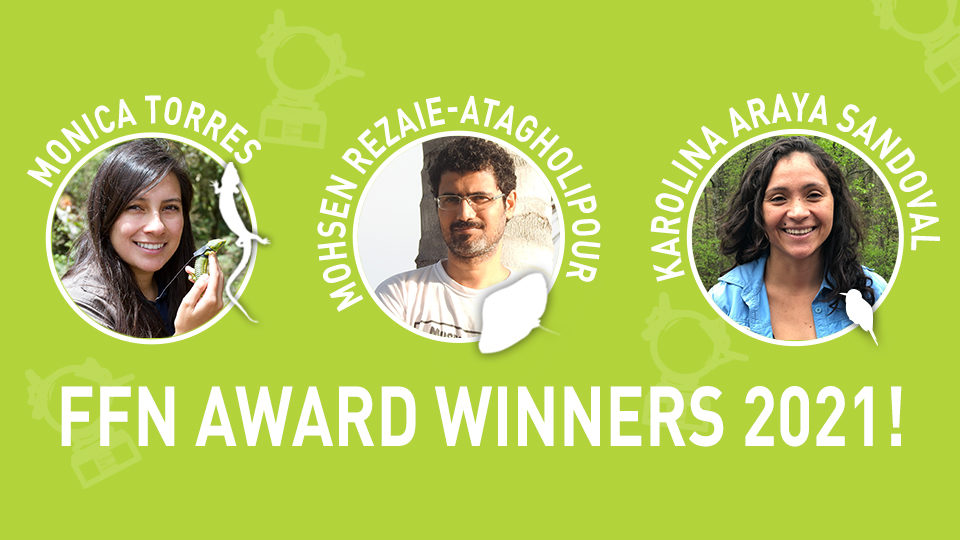 An exciting day to experience

The Academy Day started typically for pandemic times, with technical hiccups leaving both Award winners and Academy members on hold to join the online platform. However, this only contributed to an atmosphere of anticipation to finally meet the Award winners in a more personal setting! We did not have to wait long anyways as the organizers showed excellent teamwork to resolve any issues.

The event started with an introduction of the three Award winners (Monica Torres, Mohsen Rezaie-Atagholipour and Karolina Araya Sandoval), emphasizing their achievements for the survival of various species and their source of inspiration for all Academy members. Again, I marveled at what one individual can achieve with passion and dedication for a species or a whole ecosystem.

After this introduction, we went into different breakout rooms to talk to the Award winners separately. I decided to join the conversation with Mohsen. One of the most memorable aspects when talking to Mohsen was his ability to deal with difficult emotions when seeing the devastating effects of the Iranian fishing industry. He restrained himself from judging the fishermen, seeing them as ordinary men that needed to make a living so he could convince them to work together with him. It requires real dedication to not give up on the slow process of earning the trust of the fishermen. His stamina and courage come from the conviction of making the world a better place for his children. A very important issue that Mohsen wants to address is taxonomic bias in marine conservation. Even though sharks, whales and dolphins are more charismatic species that many people want to see protected, he chose ray conservation as his focus, as there is way less conservation effort for this peculiar looking species.

Now all the inspiration and momentum that had built up during the Academy Week needed somewhere to go to not be lost. Mohsen already had various ideas of how the Academy could support him in his conservation efforts therefore benefitting both him and the Academy members. He is very open towards interested students that would like to do a master thesis, internship, or voluntary work with him. Both Monica and Karolina emphasized that they could use the support of enthusiastic people as well. Monica could use help especially in setting up a social media account as her organization doesn’t have one yet. To conclude, I’m very happy that I attended the Future For Nature Academy Day as it was an inspiring and cheerful event for both Award winners and Academy members. I’m very curious to find out what collaborations will emerge from the meeting and where the future will lead the 2021 Future For Nature Award Winners!