Can bees bring peace to elephants and farmers? 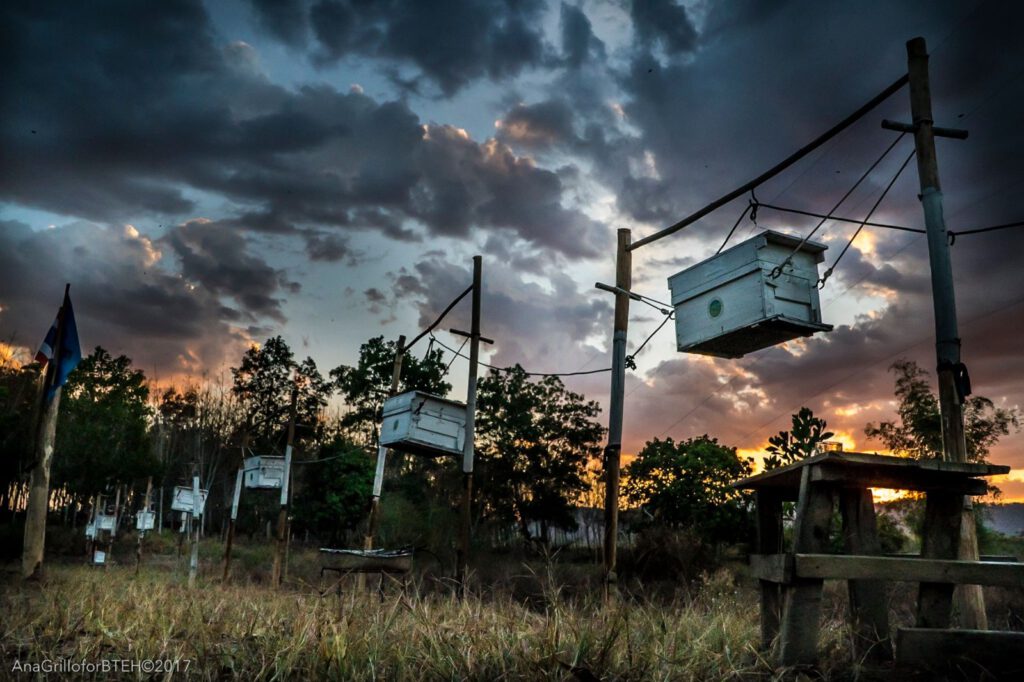 The smallest and the largest: a story of how small things can help solve big problems.

Although many people will see elephants as impressive and enchanting creatures, let’s not forget that they are also about 4 tonnes of animal, running over farmer’s crops, causing damage that might go beyond what local families can handle, potentially even causing injuries, death, and above all, fear. In a study in Thailand, led by Antoinette van de Water, 81% of the people living near elephant conservation zones were found to have had a negative impact of living with elephants in the past five years. Due to this human-elephant conflict, many farmers and local families that live close to wild animals, do not live in peaceful coexistence and use deterrents such as gunshots and fire to chase elephants of their land.

Trying to engage people in conservation therewith remains the “elephant in the room of conservation”. However, that is exactly what all the speakers in this webinar, hosted on September 18th, had in common: their aim to connect nature to people. The webinar was skillfully moderated by FFNA-member Juan Gallego Zamorano, and David Owen, project manager of Bring the Elephant Home (Thailand), with presentations by Antoinette van de Water and several other beehive-experts from different time-zones. Antoinette’s study was co-authored by Kevin Matteson, calling in from Miami University, and Lucy King, joining from Kenya. Kevin Matteson spoke about the need for community based conservation, and to think in outside-the-box solutions. The Queen bee, Lucy King, started working on using honeybees as a natural defence system against crop raiding by elephants back in 2006, in Kenya. Since then, Lucy has been invited to TED talks (now > 2 million views!), and won the 2013 Future For Nature award. Her set-up —with beehives attached to ropes, swinging and buzzing when touched by elephants— has spread around 19 countries, all working with the largest possible animal, with the smallest possible budget.

Yet, the inspiring stories from the field that follow, do show a story filled with hope and optimism. Rachaya Arkajak (Phuluang Wildlife Research Station, Thailand) played a big role in bringing beehive fences to Thailand, giving beekeeping workshops and organizing flower-planting days, to make sure there are enough flowers around for the bees to bee happy. In her story, we hear how farmers can learn about the benefits of bee-keeping, which also provides alterative income from honey and beeswax. Antoinette van de Water led the research that was done in one of the fieldwork stations in Thailand, which culminated in a scientific publication! Antoinette’s research on the effectiveness of these beehive fences, was not only based on the stories of farmers but likewise on camera trap footage that was in part classified by Future For Nature Academy members (you)!

The results do show that these beehives seem to prevent part of the elephants from entering crop fields and gardens, and that keeping bees also provided alternative income. Yet, the beehive fences are not the perfect solution in every situation. Diverting to alternative crop types that elephants seem to avoid, such as all of the spicy ingredients of Tom Yum soup (BTEH – Tom Yum Project), can offer a solution. Most of all, Antoinette explains how the beehive-fence project can unite people, elephants and bees, and how much we can learn from elephant societies, that are led by women.

The panellist that joined the discussion during the webinar are some amazing Matriarchs with a wish to create coexistence between humans and elephants all around the world. Pachi Metha, for instance, started using playbacks of African honeybee buzzes on Indian rice paddies, after she met Lucy King on a IUCN conference in Beijing. Indian farmers were so amazed and inspired by the results, that more and more beehive fences arise every year! The work of Michelle Henley and her PhD student Robin Cook, shows that bees can also help out in solving other problems concerning elephants. In South Africa, elephants are culled because they debark large trees in the Greater Kruger National Park. Marula trees are a keystone species due to their cultural, ecological and economical value. As an alternative to culling, Michelle and Robin hang beehives inside the trees, and areas with beehives show a higher survival of these trees. In addition, they recently started a project on using bee attack pheromones to deter elephants, applying bee biology to aid in the coexistence between elephants, humans and trees. Furthermore, they are currently working with the Black Mambas Anti-Poaching Unit to empower women through beekeeping. Finally, Kylie Butler adds insight from her project on bees and elephants in Sri Lanka, where they surrounded home gardens with bee fences. Although the setup seemed to work, there were difficulties too, where the bees for instance left the hives, decreasing the interest of farmers to keep up the effort in beekeeping, indicating that this project is in need for continuous development.

Although beehive fences might not be the silver bullet for reducing the human-elephant conflict, they do bring people together and can help in bridging the gap between people and nature. Through the endless effort and inspiration of all of these conservationists, many more farmers and local communities around the world are now learning about the majestic elephants, and how they can help in creating a peaceful coexistence themselves. 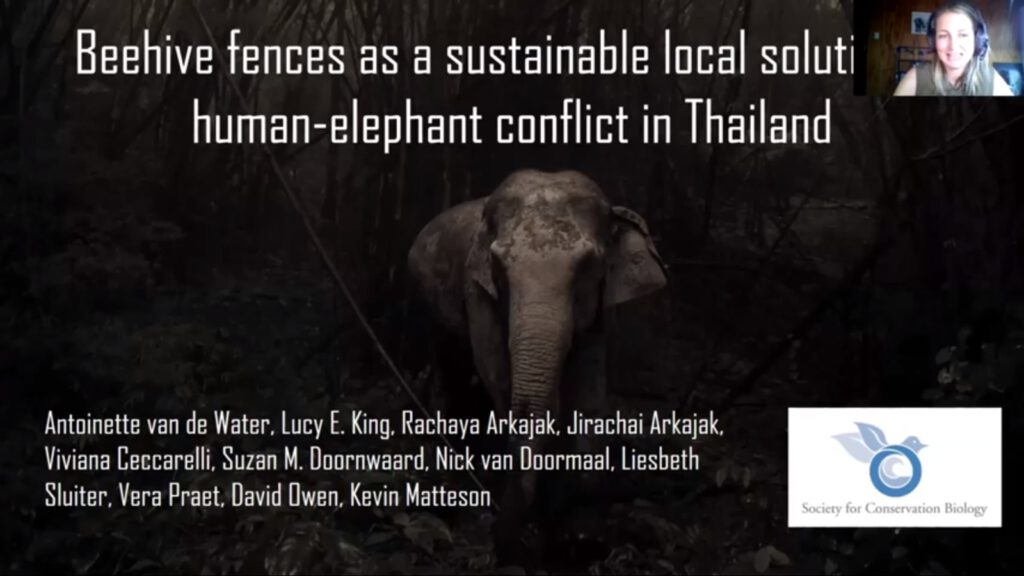