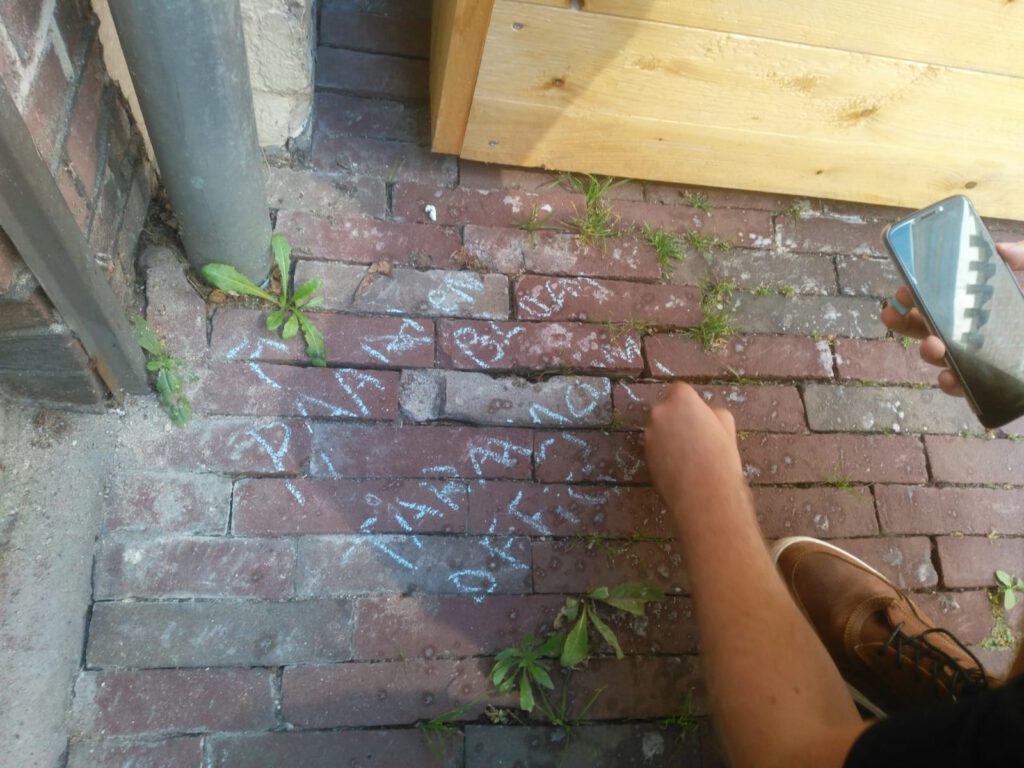 In our finely managed world, urban environments have become gray landscapes in which every street and house is perfectly planned. People walk the streets without realizing there is still some greenery left. Even if they do, we often call what is left ‘weeds’ as they are not placed where we chose them to be. In 2001, a botanist in France decided to change this thinking by chalking down the names of wild plants on the sidewalks. His aim was to raise awareness of the wild plants all around us and to gain respect and knowledge for plants on the sidewalks. This is because the term ‘weed’ is subjective. What we call a troublesome ordinary plant, can be regarded as a beautiful exotic plant somewhere else. These ‘weeds’ play just as other plants an important role in drainage of rainwater, improving city cooling, producing oxygen, removing pollution and improving biodiversity by among others pollination. On top of that, ‘weeds’ are very resilient to climate change as they can grow in harsh concrete circumstances. Even more reason to give these sidewalk plants some more credit.

Inspired by the botanist in France, FFNA-Wageningen decided to organize a similar activity to raise awareness for wild plants in the city centre of Wageningen. After a nice talk from Charlotte and Janneke about FFNAcademy and the importance of weeds, a group of ~25 students split into groups and started chalking down the Dutch/English and Latin names of wild plants such as Taraxacum officinale and Erigeron canadensis on the streets. We did this by using old-fashioned identification books or by using modern apps like PlantNet and SEEK.

We can proudly say this activity was a success as many people passing by were curious about what we were doing and even tried to guess which plants we were going to write down. We had decided to make the activity ~1 hour long (talk + ‘sidewalk safari’) so it would fit easily during everyone’s lunch break, but many participants would’ve been up for chalking a while longer. We may consider organizing this activity again in the future as we noticed many people were interested in joining. We also recommend other cities to reorganize this activity to raise awareness of wild plants on sidewalks as people need to start naming weeds instead of shaming weeds.