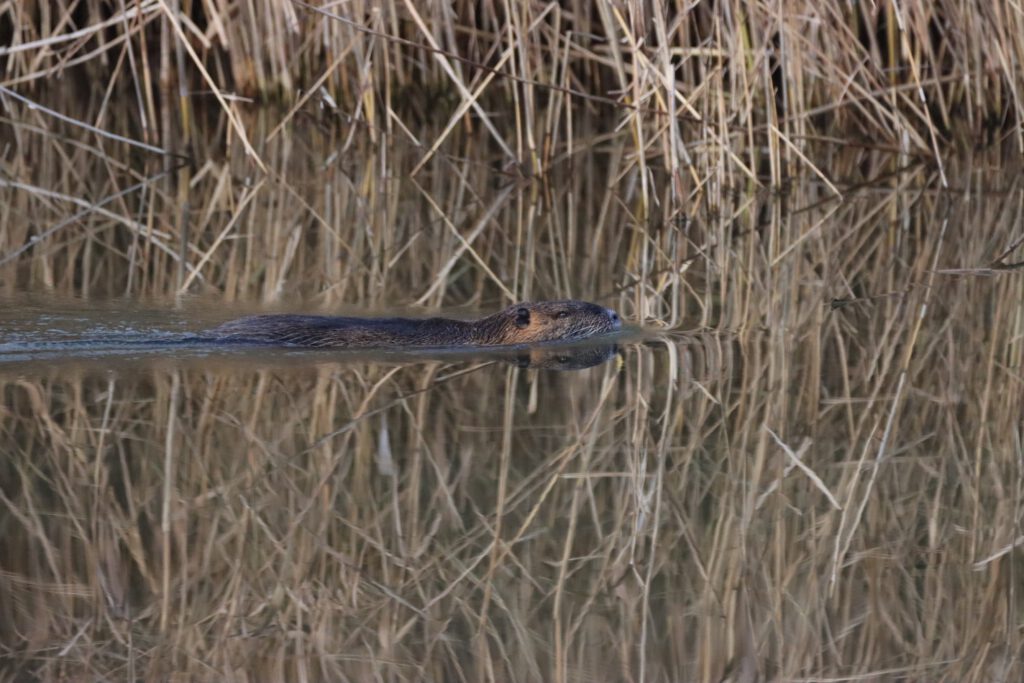 Beaver excursion in the Millingerwaard

The Millingerwaard is situated close to Nijmegen and one great example of nature development. The transformation from agricultural land to a nature area started in 1991 in collaboration of ARK Nature, Staatsbosbeheer, WWF, Dienst Landelijk Gebied, and clay winning businesses. Today, the area hosts a great variety of well-flourishing flora and fauna, which we, FFN Academy Nijmegen, wanted to show to the broader public by organizing an excursion. The focus of the excursion from september 9 was one of the charismatic inhabitants of the Millingerwaard, the beaver.

We started in the Café de Waard from where Caroline van der Mark (ARK Nature) guided the group to the nature area. A first introduction about the beaver´s appearance, its characteristics for identification, and function within the ecosystem was given and made the participants excited for a (hopefully) beaver sighting! Caroline knows the area very well and led us to a place where we found a beaver castle and eventually the animal itself. On the way there we spotted some birdlife, too, and enjoyed the last hour of sunlight. At dusk the group sat down at the bank of a creek and observed the beaver castle on the opposite bank closely. After a while a beaver appeared shortly but left towards the willow forest in order to come back to the banks at another spot. With binoculars the participants were able to observe how the animal went into the water and left for its nocturnal activities elsewhere.

It was a short observation, but this is the beauty of nature. You never know when or where you might get to see its inhabitants! While waiting for the beaver´s appearance some participants used a bat detector to identify the bats flying and foraging around the waiting group. This way, the so-longed beaver was spotted, but also many other animals living in the Millingerwaard!

The excursion was also accompanied by Jan Joost, Nikon Ambassador, who took pictures and video footages of the event. Thank you very much for this opportunity!