Killed in Battle - War on Minerals 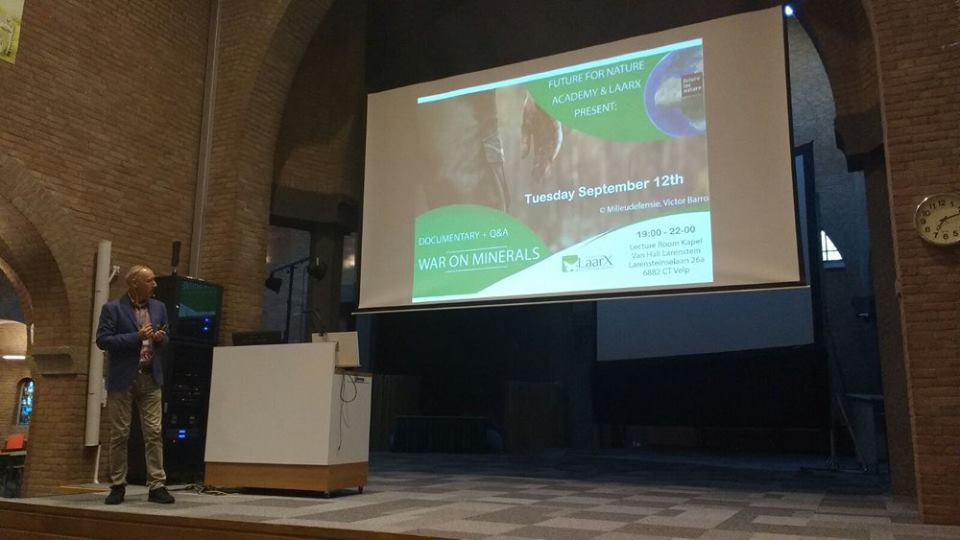 On Tuesday September 12th (2017) the Future For Nature Academy & study association LaarX presented the documentary ‘War on Minerals’ and Q&A with documentary maker Jacco Groen. In 2012, 147 nature conservationist from all over the world were murdered. One of them was a Dutchman: Willem Geertman. The documentary ‘War on Minerals’ tells his story. In the movie, Jacco Groen investigates how the murder exactly could have taken place. Furthermore he dives into the world of conflicting interests, which causes conservationist like Willem to fear for their lives. After the movie, documentary maker Jacco Groen answered questions about the documentary, and the battle the nature conservationists are facing fighting for the dangers that are threatening Earth’s biodiversity on a daily basis and fighting for their own lives. As true heroes, these individuals make a real difference! It was an intense but unforgettable and inspiring documentary, where over 70 people attended.

The documentary is an initiative of Bescherm de natuurbeschermer. The project ‘Bescherm de Natuurbeschermer’ improves the safety of threatened nature conservationist in countries all over the world. More information about them and their petition can be found on www.beschermdenatuurbeschermer.nl