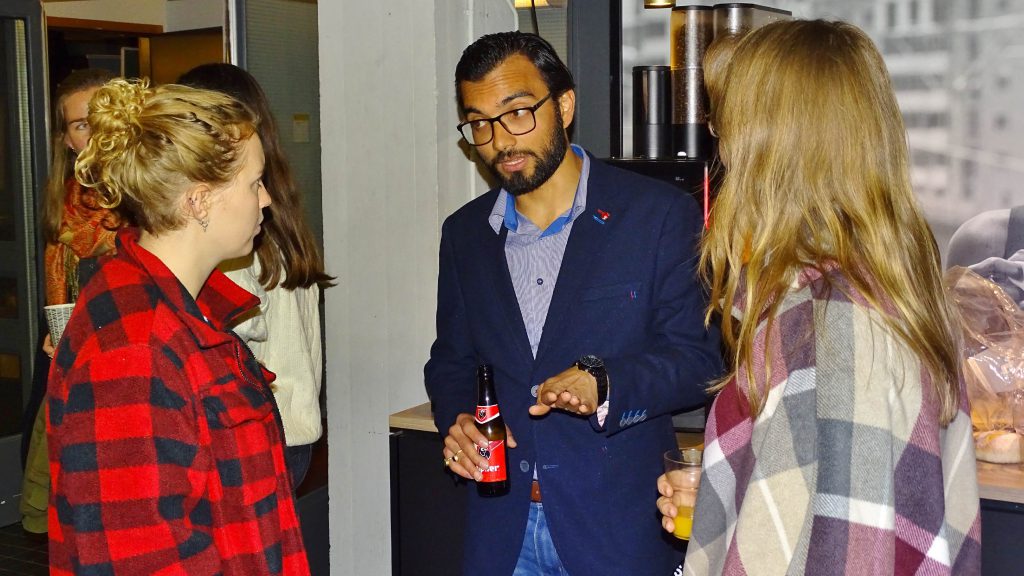 We were very fortunate to have Manoj Gautam, FFN Award winner in 2015,  in Utrecht for an inspiring and eye-opening lecture. With some effort and a bit of luck Manoj managed to find a spot in his busy schedule to come to the Netherlands and share his story with the Future For Nature Academy and all other participants.

Manoj started with a bit of background on his home country Nepal and some of its challenges. For example, Australia is approximately 54 times bigger than Nepal, but both countries have approximately an equal human population size. The growing population puts serious pressure on Nepal’s natural resources. So this begs the question: “How can we conserve what is left in a world where things are changing so rapidly?”

Manoj continued on defining the foundation of conservation through four short, but difficult questions: Why to conserve? What to conserve? How to conserve? And whom to conserve for? These questions will help everyone to get a better understanding of what conservation means for us. After that comes the identification of the problem. Interestingly Manoj told us that issues like deforestation and pollution are not the real problems. Those are actually symptoms of a much bigger problem. The real problem is our very own behavior.

Human behavior is the key driver of all major threats to biodiversity. “Problems” like habitat transformation, climate change, invasive species, and over-exploitation of natural resources are all consequences of human lifestyle across the world. Manoj explained that, in his eyes, a true conservation achievement is something that changes the behavior of people. Changing the behavior of the global population may seem like a very daunting task, but similar things have already happened. Manoj gave the example of smoking. Smoking used to be completely normal and cool in the 1960s to 1980s. In today’s world however, smoking has become increasingly unacceptable. Manoj urged that a similar change in other behaviors is needed to protect what is still left of nature.

Manoj concluded that he truly believes that the new generation is able to work to reverse the mentality of today’s consumer. Anyone can make that change regardless of background or nationality. And together we can work on the right solution. Manoj gave us a lot of food for thought and definitely challenged us with his four questions, but he did this for the right reason. He really wants the future generation to succeed in conservation and I think his lecture gave us all the courage to focus on the real problem.