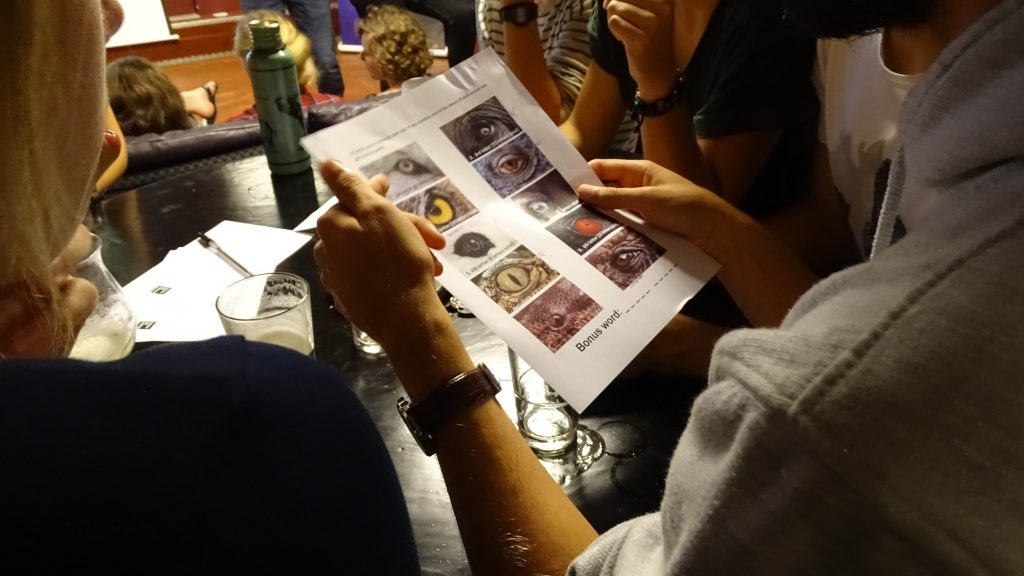 Organized to raise funds for the broken down 4×4 vehicle of Future For Nature winner Matt Shirley, the conservation pub quiz in Wageningen was a hit! Many people showed up to support the cause and have a fun evening filled with nature, beer and cake! After a short video fabricated by Matt Shirley himself to show where all the raised money would be contributed to, the quiz started with the nice presentation by Davy and Laura. There were 7 rounds to be played: natural history, animal trivia, a picture round, nature documentary/movies, nature in the news, animal sounds and the interactive round. During the first rounds brains were cracking, and especially the picture round was amazingly well scored on by all teams! In the final interactive round, after the beers had kicked in, we saw many beautiful mating dances performed by the representative(s) of each team. In the end, after all points had been added, the winners went home with each a Future For Nature Award book! The second place received some seeds from “ons zaden”, and third place got a box of chocolates. At the end of the evening, we counted all the money received as entrance fee, and from the (cake)donation box, which  came down to the total amount of €359,15!! This beautiful sum of money will do good to crocodile conservation. Thank you everyone for coming, and hope to see you next time! By Andrea Mulder