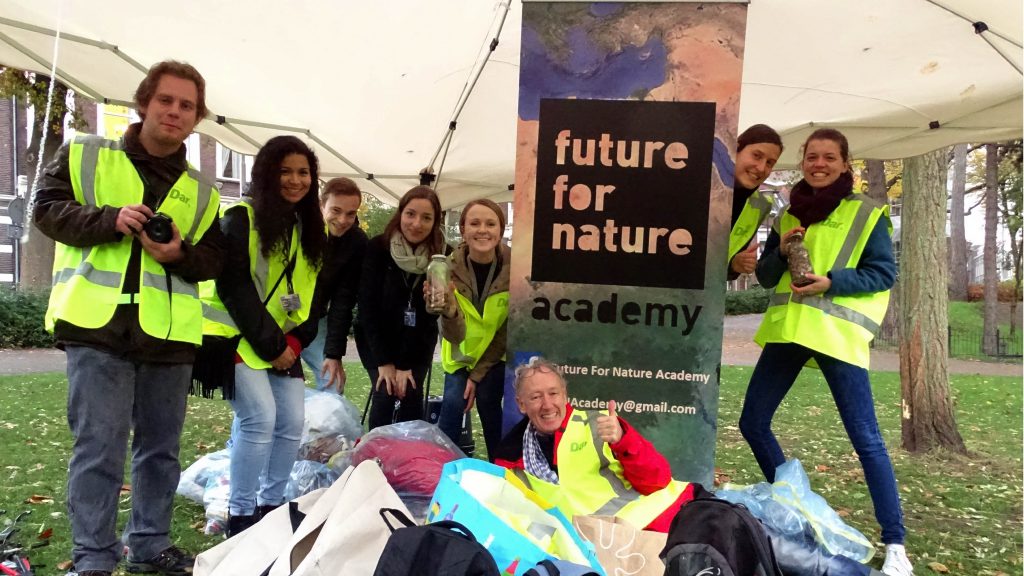 Around 80% of marine plastic comes from land-based sources due to improper waste disposal and management. Even further inland, plastic litter can easily effect local environments or enter waterways and be discharged into the ocean.

In the Rhine itself, plastic litter can be found throughout the wholestretch from Basel, Switzerland to Rotterdam, the Netherlands causing damage to riparian systems and acting as a source of marine plastic. Although stopping the tide of plastics will require a combination of approaches, cleanups are organised frequently and serve as a powerful tool to inspire local citizens to help tackle the problem. Every piece of litter that is removed from the environment, and disposed of properly, means one less item that can be swallowed by wildlife or leach harmful substances.

Therefore on November 11th, the Future for Nature Academy Nijmegen hosted a city park cleanup in Kronenburgerpark. Even within a small area of the city, we were able to removea total of almost six bags of trash and a whole lot of cigarette butts from our local environment! Unfortunately cigarette butts are the biggest source of ocean litter simply because they are cast aside so indiscriminately. They moreover are perfect bite-sized items commonly mistaken for food by animals, for instance like many of the birds in our parks.

During our cleanup, this became evident in our locality as many were found around park benches close to trash bins. Although we were hit with bad weather at the end of the event, we will be ready to get out there again when the weather is better, with a goal of raising more awareness to the harm of cigarette litter. See you then!